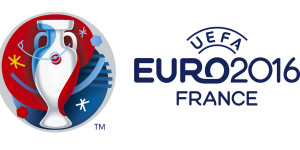 UEFA Euro 2016, one of the most popular international football tournaments, will kick start in 19 days. This years European Championship will have some added spice to it thanks to the new tournament regulations. This years tournament will kick start with 6 groups made up of 4 teams which means that 24 teams will be participating in contrast to the 16 teams that used to participate in previous editions.

The increased number of participants within the tournament has led to various smaller countries taking part, with some of them participating for the first time ever in a major tournament. Albania and Iceland will be taking part in a major tournament for the first time ever in their history whilst this summer Wales and Northern Ireland will be marking their first participation in the European Championships. On the other hand Euro 2016 will be missing some notable nations with the most significant one being the exclusion of the Dutch national team.

Here at Foot Odds we’ll be regularly reporting on the latest odds for Euro 2016 matches. We will also be keeping you abreast with the special bets that relate to Euro 2016. Keep on following Foot Odds to have access to the latest UEFA Euro 2016 Odds.

The first bet we’re looking into is that of who will win Euro 2016. The European Championship has been a tournament that has historically provided some surprises with the main ones being Denmark’s victory in 1992 and Greece victory in 2004. This year we’ve experienced a huge surprise in English football with Leicester being crowned as Premier League champions. It will be interesting to see if Euro 2016 will provide another surprise. According to bookmakers France and Germany are the favourites to win the tournament with Spain and England being the next favourites. On the other hand, according to bookmakers Albania are the least likely to win the tournament with bookmakers ready to pay up to 501 euros per euro placed. Hungary and Northern Ireland follow Albania with being the least favourite.

For the best odds for placing bets on the outright winner of Euro 2016 please visit Bet365.

The online portal for football fans that love to add that extra excitement to the game they love. Foot Odds provides statistics, reviews, tips and odds to help you place informed bets.